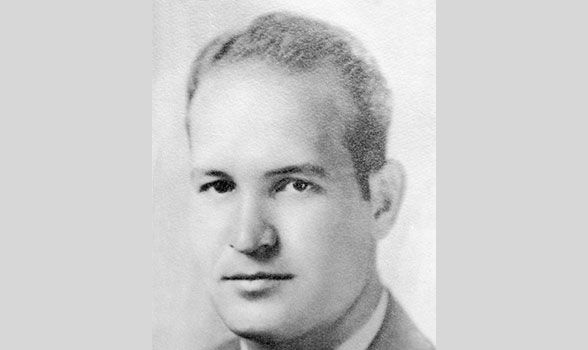 The Great Depression made a deep impression on Walter S. Driskill, who, as a teenager, sometimes went barefoot because his family could not afford to buy him shoes. Those experiences, along with other challenging times, drove him to excel in all aspects of his life – as a college football player, a WWII war hero, and an entrepreneur in the beer importing business.

Walter, along with his wife, Lucienne, ran Dribeck Importers, headquartered in Greenwich, Connecticut. Dribeck Importers represented and imported Beck’s Beer from Germany, and under the leadership of the Driskill’s, the business prospered.

Grateful for their success, Mr. Driskill and his wife created the Walter S. and Lucienne B. Driskill Foundation (WSD), a private foundation, in 1986 to support medical research and treatment. Additionally, Mr. Driskill believed sincerely in allowing every child to learn, create, and discover the amazing opportunities life has to offer. Reinforcing their dedication to youth development, The Driskill’s donated a building in Greenwich to the organization Kids in Crisis for its commitment to reaching out to those in need.

Mr. Driskill passed away in 1999. At the time of Mrs. Driskill’s passing in 2009, the Foundation was fully funded, and Ronald L. Barnard, the Driskill’s attorney for over 40 years, became the Executive Director. Two other long-time business associates, Carmine Figlilio and Ed Kennedy, joined WSD as Directors and remained on the board for several years.

In April of 2014, Mr. Barnard passed away, and his wife, June D. Barnard, succeeded him as the Executive Director. The following year, Ms. Barnard and her board remained committed to Mr. Drisikill's belief in giving every child the opportunity to learn, develop and excel in their life's journey,